Day trips in and around Duca Amedeo Village

Right in the north of the Abruzzo coastline, MARTINSICURO benefits from being 1 km away from the railway, making it a quiet destination for holidaymakers. Almost half of the seafront is building-free and the dune area, known as the coastal biotope, just 500 m from the campsite, enjoys protected status. The town centre is just 200m away. The fishing dock, less than 1 km away, is a popular destination for guests wishing to buy fish straight from the fishermen’s nets. Quite simply, we offer a relaxing holiday surrounded by nature and the majesty of the Adriatic Coast.

But that’s not all… You can enjoy historic towns, charming villages, monasteries and abbeys, wonderful hillscapes overlooking the sea, 133 km of coastline with golden beaches and cool pine woods. Also, you will find that the charm, the gastronomic art and the proverbial hospitality of the people make Abruzzo a unique and priceless destination. 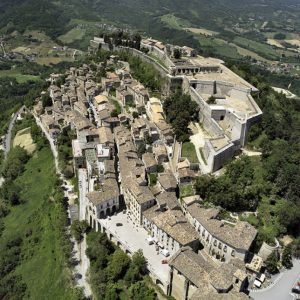 In no other region is the sea so close to enchanting art towns and historical sites and all just a short distance from a rolling landscape and regional and national parks (Gran Sasso-Monti della Laga National Park, Abruzzo National Park, Monti Sibillini National Park).

We recommend four unmissable excursions: the mediaeval wonder of Ascoli Piceno 35 km away, the imposing Bourbon fortress of Civitella del Tronto 30 km away, the Campo Imperatore plateau 1300m above sea level and the sanctuary of San Gabriele.

About 28 km from the Camping Village is Civitella del Tronto with its fortress. The striking oblong outline of Civitella del Tronto fortress can be seen from a distance by fortunate locals and astonished visitors, resembling an intrepid airborne ship ready to be launched into the clouds. However, as you get close, it looks more like an amphitheatre.

The centre of the town is honest: it keeps all its promises and meets expectations with a charming layout dating back to the Middle Ages. Longer streets run from east to west, like the main street, Corso Mazzini, forming a dense network with the intersecting alleys, ramps and staircases, with occasional glimpses of the roofs below.

Woven into the fabric of the town and yellowed by the passing of the centuries are houses and churches in travertine stone, and ancestral palaces, often emblazoned with the coats of arms of noble families. Lastly, important sections of the fortress walls, which have surrounded the town since the 13th century, remain on the south side. It is these that give this town-turned-fortress its imposing character, street after street, down to the invulnerable glacis, where descending rows of houses, buttressed against each other and often featuring hostile arrowslits, act as a defensive pre-wall.

It was towards the end of the 16th century, after a siege of 1557 led by Francis, Duke of Guise, that the town took on most of its current layout. The Fortress was reconstructed and expanded, along with the town below it, which it has always guarded. Numerous magistri vagantes or wandering masters, stone workers from Como and Lombardy with an already distinguished reputation in Ascoli (such as the descendants of Giosafatti) came there, bringing character to the area, refining the robust but minimal architecture and adding certain recurring features of their creative flair and workmanship to public and private buildings.

The mediaeval city of Ascoli Piceno is the provincial capital of the southern section of the Marche region. It is considered to be one of the most monumental cities in Italy.
Surrounded by the Tronto and Castellano rivers, it is only 28 km from the Adriatic sea and nestles between two large protected natural areas: the Gran Sasso e Monti della Laga National Park and the Monti Sibillini National Park.

Tradition has it that it was founded by a group of Sabines who joined with the local population to become the Picentes. It was a Roman civitas, became part of the Papal State, was later dominated by the signorie with allegiances to Frederick II of Swabia, and lastly was annexed to the Kingdom of Italy in 1860.

Archaeological sites dating back to Roman times include the Roman Theatre, the Grotte dell’Annunziata and Porta Gemina, built in the first century BC along the walls that divided the city from the countryside. Four gates were built between the 13th and 16th centuries: Porta Solestà, Porta Tufilla, Porta Cartara and Porta Torricella.

Centrepiece of the historic centre, built entirely from travertine stone, is the Renaissance Piazza del Popolo, overlooked by the majestic Palazzo Capitani, the historic Caffè Meletti and the church of San Francesco. Not far from here is Piazza Arringo, the oldest square in Ascoli. Also nearby are the Baptistery of St. John, St. Emidio Cathedral dedicated to the patron saint of the city, the Bishop’s Palace and Palazzo dell’Arengo, home to the city’s art gallery. Historic churches include those of Santi Vincenzo e Anastasio and Sant’Emidio alle Grotte.

The main festivities are 5 August, the feast day of Saint Emygdius, the city’s patron saint, and the famous 14th century Quintana jousting tournament, which takes place on the first Sunday in August and involves over 1,550 characters in period costume.

Campo Imperatore is one of the largest glacial plateaus in Italy and the largest in the Apennines. Located at an altitude of between 1500 and 1900 metres, it extends for a maximum of 18 km by 8 km and is in the Gran Sasso e Monti della Laga National Park.

Campo Imperatore is home to the first ski resort to be opened in the Apennines, which is one of the highest-positioned in the entire mountain chain and one of the snowiest in Italy. It has 15 km of ski slopes, 60 km of Nordic ski slopes and a terrain park for snowboarding.

Campo Imperatore has rich and diverse flora and fauna. There are numerous opportunities for hiking along the most important trails of the Gran Sasso mountain, some of the highest in the Appenines, surrounding and defining what is known as Italy’s “Little Tibet”. The highest peak is Corno Grande which soars 2912 metres above sea level.

60 km from the Duca Amedeo Camping Village you can visit the sanctuary of San Gabriele dell’Addolorata, at the foot of the Gran Sasso mountain, in the province of Teramo. It is one of the best known sanctuaries in Italy and Europe. A recent survey placed it among the fifteen most visited sanctuaries in the world.

Two million pilgrims come every year to pray at the tomb of the young Passionist Saint Gabriel of Our Lady of Sorrows. His fame knows no bounds.

In recent decades, the sanctuary dedicated to the young saint has become one of the most singular religious phenomena in Italy. His famed miracles include an endless series of supernatural events, attested by thousands of votive offerings donated to the sanctuary.

San Gabriele Sanctuary is located in the wonderful setting of the Gran Sasso mountain chain near Teramo. Pilgrims are also drawn to the sanctuary’s enchanting position and its breathtaking views. From here, in just 15 minutes you can reach the Gran Sasso National Park, with its immense woodland and clear spring waters. In 15 minutes you can also reach the charming village of Castelli, famous for its artistic pottery. 30 minutes from the sanctuary is the base station of the Campo Imperatore cable car, and from there you can quickly reach the modern ski lifts.

San Gabriele Sanctuary is situated at the centre of a holy triangle made up of three of Europe’s best-known shrines: Loreto, San Gabriele and San Giovanni Rotondo. 13 million pilgrims visit these sanctuaries every year. Ever since pilgrims discovered this itinerary, they have travelled it from north to south and vice versa. The sanctuary of San Gabriele is conveniently located just 3 km from the A24 Rome-L’Aquila-Teramo autostrada and 40 kilometres from the A14 autostrada adriatica. The sanctuary can be reached in 90 minutes from Rome, in 90 minutes from Loreto and in 3 hours from San Giovanni Rotondo. Moreover, it is located in a region that boasts a proud heritage of art, culture and religious sights. Teramo’s thirteenth-century Romanesque cathedral is a 20-minute drive from the sanctuary. Just 30 minutes away, in L’Aquila you can visit the famous basilica of Santa Maria di Collemaggio, the National Museum, the 16th century castle and the fountain of 99 spouts. In 70 minutes you can reach Lanciano, site of a famous Eucharistic miracle, Fossacesia, with its abbey of San Giovanni in Venere, and Manoppello, which preserves the Holy Face Veil.

The Majellando tourist project aims to promote the Maiella district of Abruzzo with guided tours, hiking, walking tours, horseriding and various other sports activities and courses. 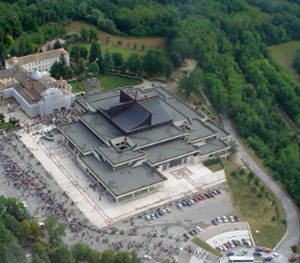 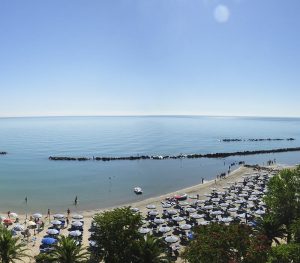 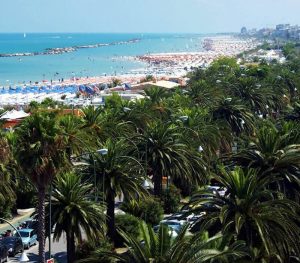 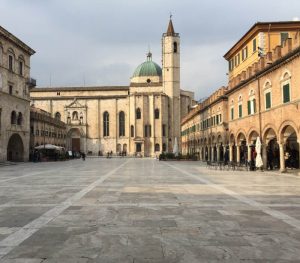 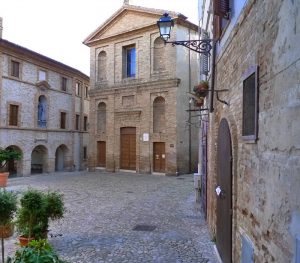 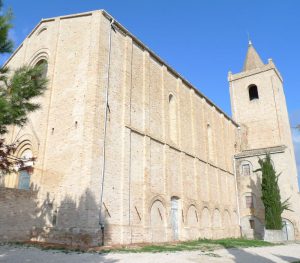 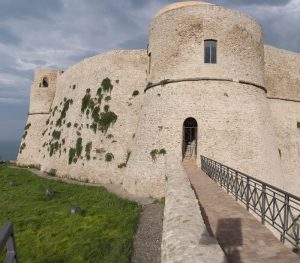 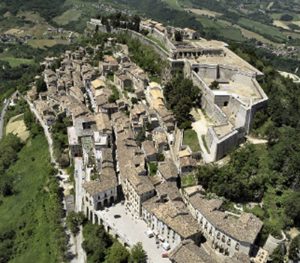 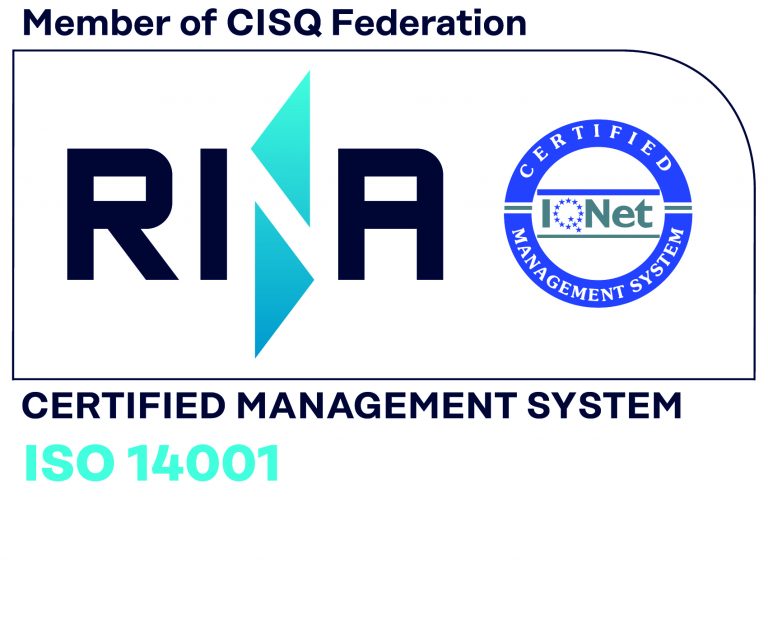 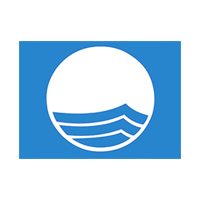 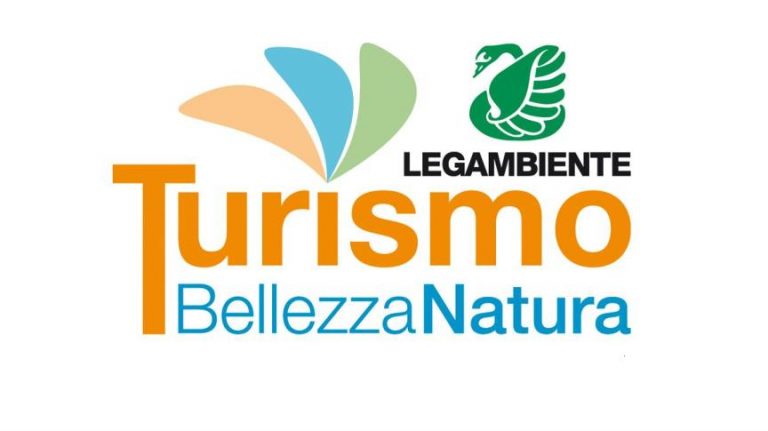